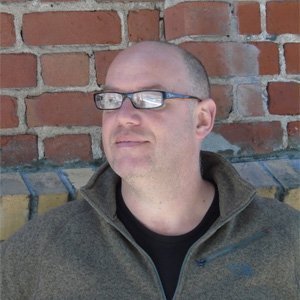 Although born in Walnut Creek California in 1964, Fabien’s parents are Belgian nationals and soon after moved home to Liège, Belgium, where Fabien was raised. He received his master’s degree in architecture from the prestigious Institute St. Luc in Belgium in 1988 and in 1990 became a licensed architect in Belgium, with equivalency throughout Europe.

In 1990 he created his own private architectural firm, LYS and completed a variety of successful residential, restaurant, office and industrial projects. From 1993 to 1995 he designed and managed the construction of the $20M remodel and expansion of Tri Postal Liège X. This 150,000 square feet facility in the heart of downtown Liège, Belgium’s 4th largest city, is considered an exciting visual cornerstone of the downtown area and received accolades from the European design community as well as the local residents of Liège.

In 1995 Fabien was chosen to participate as a member of the Design Team for the renovation of the “Berlaymont”, the headquarters for the EC in Brussels, Belgium. This 2,400,000 square feet remodeling project, at a cost of $500M, has been widely published, and has become the architectural symbol of the European Community.

At this point in his career, Fabien gave in to his dream of moving back to the United States and in 1996, moved to San Francisco. He worked for various firms in the Bay Area including Hertzka & Knowles, Loving and Campos and Barrett & Quesada. In 1999, he found a permanent home with Nova Designs + Builds.

Fabien brings a rare level of sophistication in design and a profound commitment to using “honest materials” in shaping our work. Through his influence and effort Nova has been able to perform at our nationally recognized level of design excellence. He is an integral contributor to all of our development projects and brings the cross pollination of ideas and products from Europe as well as a deep understanding of green building processes throughout Europe. We are lucky to have Fabien as a part of Nova Designs + Builds.

Fabien is the proud father of two children, Milla and Viggo.