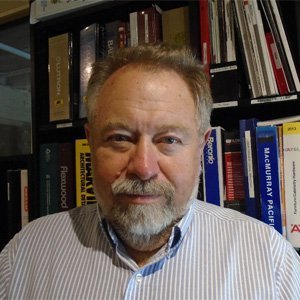 After college he pursued a career as a composer and professional musician as well as an art-oriented entrepreneur. In 1975 he founded Studio 372 located in downtown San Jose, California. This was a 5,000 square feet performance art space and visual arts center featuring video installations, modern dance performances, electronic and jazz music concerts, as well as curated gallery shows. He was also a founding member of Camera One Theater, a repertory movie theater, and Eulipia, a restaurant and jazz club booking nationally known artists.

These various business ventures gave John an opportunity to acquire the numerous skills needed to run a business and the art activities helped him develop a sense of how to affect people through manipulating their visual environment in lighting design, color, staging, sound, and space planning.

Through relationships formed with numerous artists and musicians in New York City, John frequently performed there. At this time he also worked with a sculptor/contratctor friend on some of the early loft conversion projects in Soho and Brooklyn.

In 1985 John purchased a five-unit building in San Francisco and remodeled the units as an owner/builder. The next year he formed different partnerships with friends to purchase and renovate three more properties.

As music and art fell by the wayside, John found himself with a portfolio of work, skilled carpenters and subcontractors and in 1990 he started Nova Designs. Originally his partners were a structural engineer and a kitchen designer, both of whom went on to start their own successful practices in 1992.

Since 1990, Nova Designs + Builds has completed over one thousand projects in San Francisco, ranging in size from $20,000 bath remodels to $2,500,000 full house renovations as well as new construction. The company is currently developing a $50,000,000 subdivision in the Sierra foothills.